Ben was commissioned by the Friends of Nonsuch to create a large scale model of the famous Nonsuch Palace.

The palace was begun by Henry VIII in 1538 to celebrate the birth of his son, the future Edward VI. The building itself was typical of the greatest houses of its time, but the outside was covered with hundreds of stucco images in high relief of the Roman emperors, the classical gods and goddesses, and the Labours and Adventures of Hercules, all set in borders of carved and gilded slate. Nothing like it in has ever existed in England or Europe, hence the name ‘Nonsuch’, that which has no equal.

By 1690 it had been completely dismantled and demolished by Charles II’s mistress, who sold its raw materials to pay off her gambling debts. The site now lies in Nonsuch Park in Cheam, South London where the model is on permanent display.

For more details on how to visit the Nonsuch model visit www.friendsofnonsuch.co.uk

The model of Nonsuch was based on the research of Oxford University Professor Martin Biddle, who co-ordinated the first excavation on the Surrey palace’s site as an undergraduate in 1959. Ben worked with Professor Biddle in re-constructing architectural drawings of the palace from contemporary paintings and engravings, which were scarce and varied widely in architectural detail.

Constructed in a variety of materials the main model structure was built in wood with architectural details added in various plastics, fibre-glass resin and brass. The most fascinating feature of the palace was its fantastically detailed stucco plaster panels decorating the walls of the inner court and the exterior. There are 695 stucco panels in all. The whole project took over 1,250 hours to complete and was constructed at a scale of 1:75. 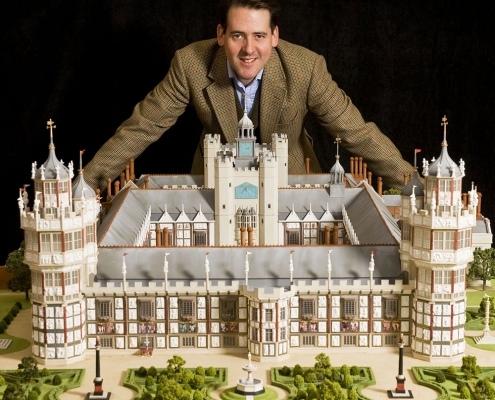 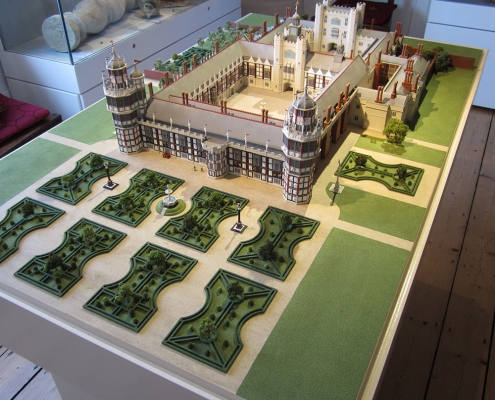 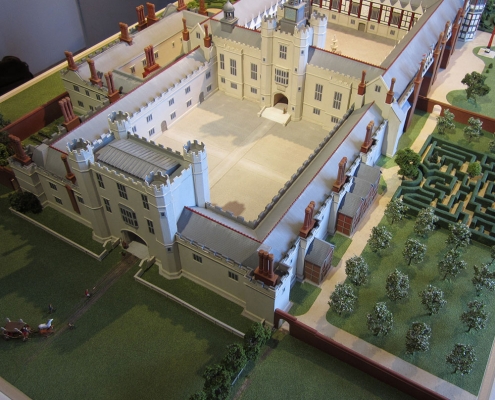 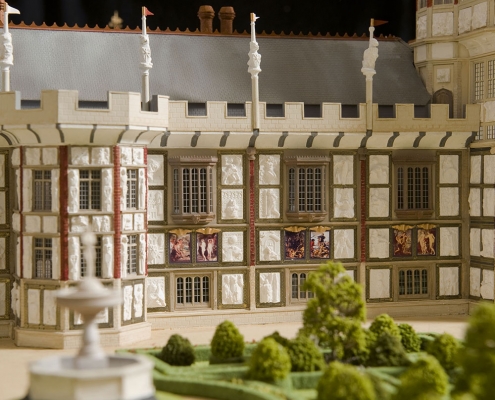 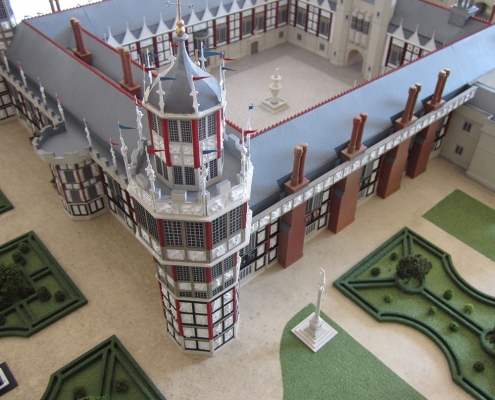